Life Is Not A Straight Line: Fooled By Simplicity. 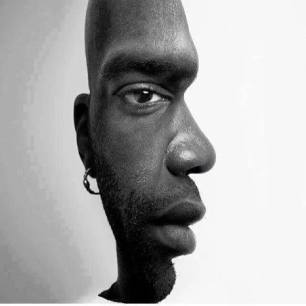 Our brains are well conditioned to see what they expect. Image from: Illusions.org

We all make the mistake, even when we know better. If something is good then more must be better. A nice, straight, linear relationship … except it’s not … and very rarely is! At some point exercise will just injure and fatigue us, the extra serve of ice cream stops being a treat, working longer doesn’t improve your work performance and trimming more costs can make matters worse, etcetera. In these cases, there’s an inverted U relationship. Recognising when something else is going on can make you a better consultant, manager, and person.

Our day to day lives makes us familiar with other relationships in specific situations such as recognizing some diminishing returns relationships. That is, doing more will lead to improvements but less improvement for the same increase in effort. Weight loss could be an example. Another familiar relationship is in consumer pricing where the addition of more benefits and features leads to big increases in price (a logarithmic relationship). Mostly we’ve learned to expect these relationships and they influence how we think in a variety of situations however there is any number of things where we don’t know what to expect. We can’t be so certain what the relationship is. When that happens then logical errors are much easier to make e.g. if the threat of jail stops some crime then increasing the harshness of sentences will stop more crime. Perhaps, I don’t know exactly, however, the US has the death penalty and a very high murder rate for a western country, so maybe not. Perhaps you have to do other things if you want the murder rate to come down.

Very few social relationships will be as simple as those above and yet often we act as if even these are too difficult to consider.

In many cases we will even find relationships where there is virtually no relationship at all, that is, we are just seeing random associations.

Even applying the Inverted U Curve rather than the default ‘linear’ straight relationship to a range of commonly discussed issues could reframe questions and readily reveal faulty logic … if people are open to it. If the value of my house going up is a sign of a good economy then the price of my house going up more must be the sign of a great economy? If a bit of noise in a restaurant contributes to the vibe or buzz then adding some more noise must be good for the vibe or buzz? If bringing the price of consumer goods down is good then is making them cheaper again even better? If we all worked harder we would be a better society? Is paying executives more in bonuses an incentive for them to improve the long-term performance of a company?

Testing any of these ideas might reveal a different relationship exists. House prices going up too much can be the sign of a speculative bubble and too much lazy money or debt in an economy. Noise levels can suddenly pass the point where conversation can happen and discomfort begins and even hearing loss becomes possible. When prices of consumer goods getting cheaper contributes more to consumption, waste, environmental degradation and even unemployment than it does to improved living standards, a vigorous economy and fair pay. When working harder and longer hours no longer leads to increased productivity or personal wealth but increases anxiety, fatigue, accidents and alienation while contributing to the underemployment of others. When increasing an executives incentive package doesn’t lead to better long term corporate performance but distorts it in favour of short term deal making and take overs with positive personal and short term outcomes.

Of course there are other relationships to consider. Other relationships could be the U curve where things seem to get worse before suddenly there is a turn around – a bit like letting a fever run its course. These relationships might seem paradoxical but they do exist. Identifying these different relationships improves diagnostics and therefore any interventions and that has to be a good thing.

Case: A HR Department I was asked to look at suffered from a lot of internal conflict, expressions of stress (often related to overwork) and a lack of confidence in the leadership. It was assumed that the groups workload was too high, after all that was one of the staffs major complaints. Following some assessment it was decided to test the ‘too much work’ hypothesis by having at least a temporarily reduction of the staffing level. Yes, the opposite of what was expected. One of the staff reassigned was considered to be at the centre of the toxic culture, controlling and stimulating conflicts. Support was given to the leadership as there were problems there. The productivity and results improved – a lot. While simply paying attention to a group can lead to productivity increases (The Hawthorne Effect), the changes in the group were persistent over time even when the additional attention was withdrawn. Ironically the overstaffing had contributed to problems that lowered productivity – the Inverted U. This is not a one off case however they can be hard to spot and require evidence.